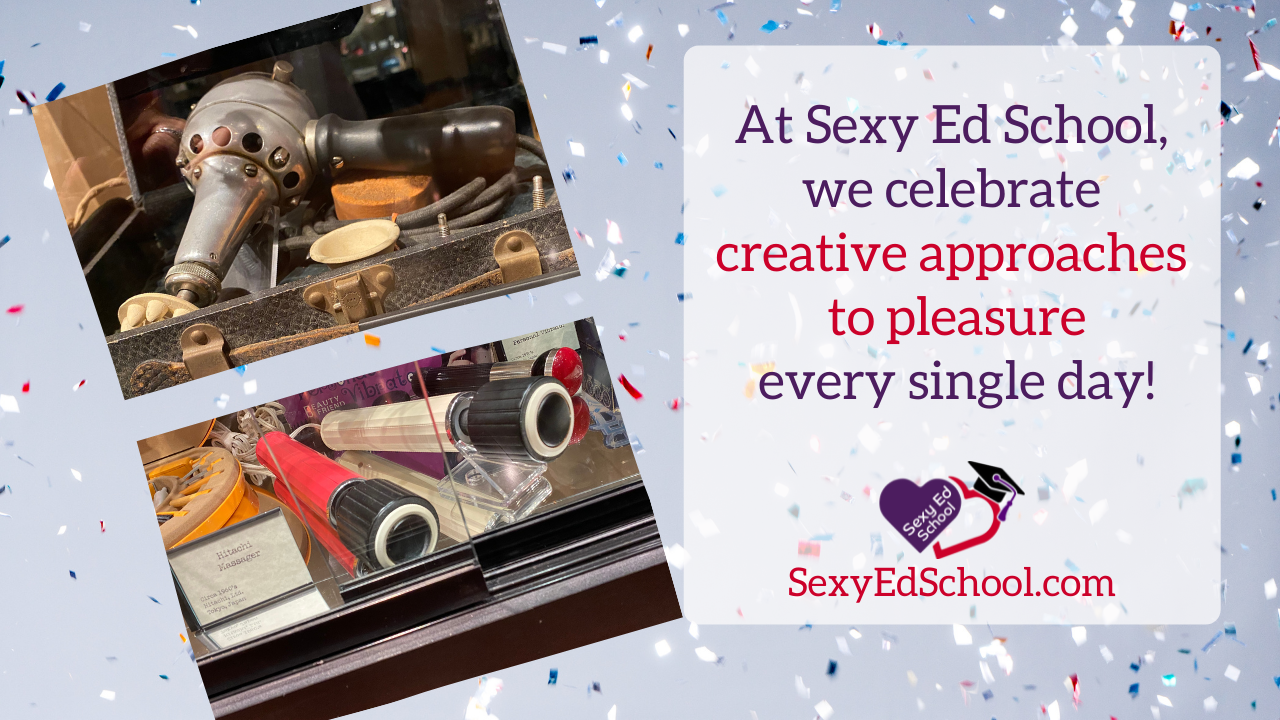 This privately-curated collection features vibrators from the late 1800s to the current day. In fact, the museum is housed in Good Vibrations Polk Street store in SFO, so you can take home a souvenir that you’ll enjoy time and time again, lol! (Even I had to indulge in a new sexy prop, lol. Harmless pleasures should never be denied, IMHO.)

Btw, did you know that before the turn of the 20th century, doctors were the primary source of orgasm for women rather than their husbands?  In fact, doctors were encouraged to perform ‘vibration therapy’ on their female patients in order to achieve “medically necessary” orgasms! 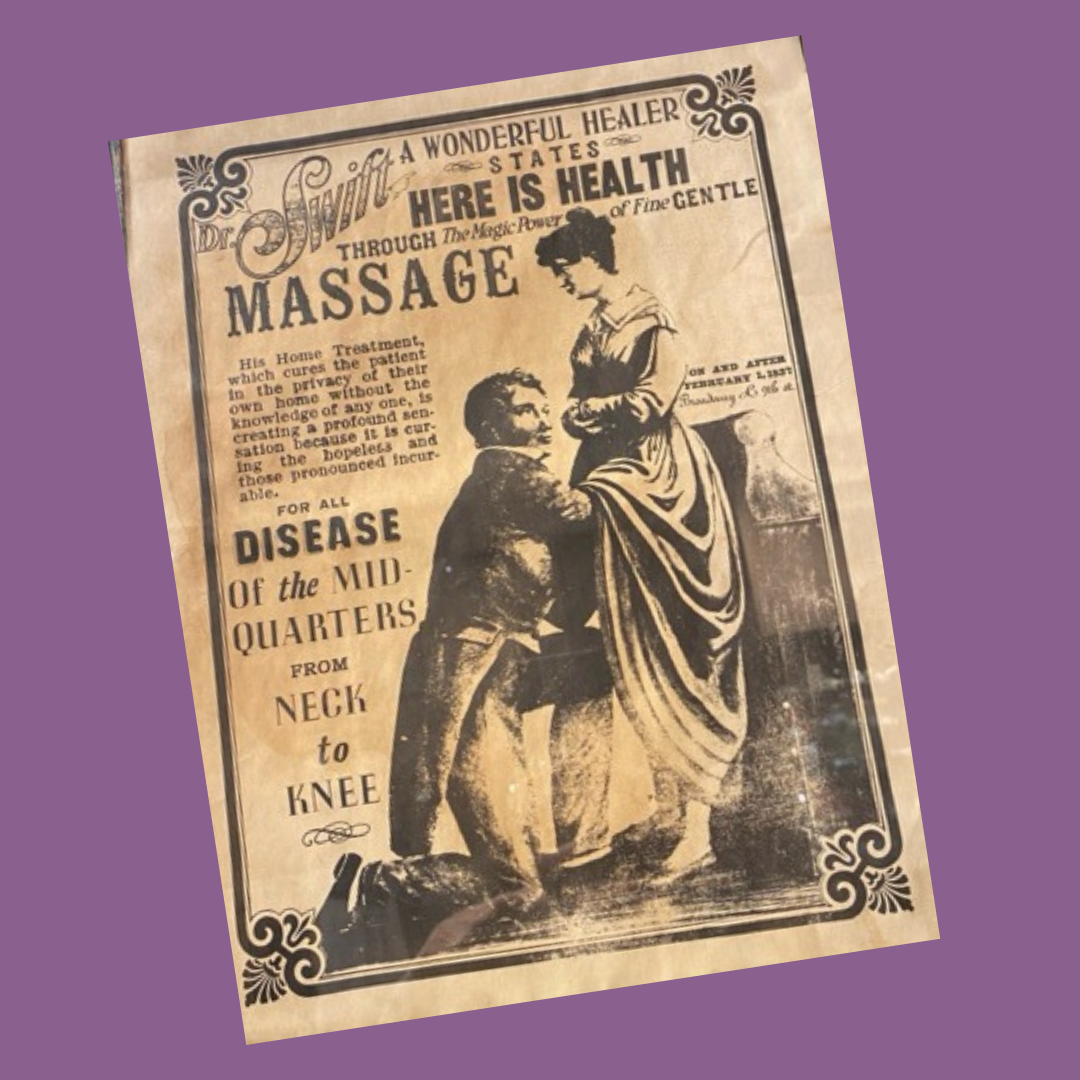 Vibrators were advertised in women’s magazines like Good Housekeeping, sold through mail-order catalogues like Sears, yet orgasm wasn’t mentioned. The ads talked about the results from using these ‘pleasure devices’, but didn’t mention the actual pleasure.

One of my “Meaningful Memories” from my visit to the museum is the fact that Hamilton Beach, Oster, Rolex and other big brand names, successfully manufactured vibrators when no one would admit they were designed to create orgasms for women.  Sadly, once the pretense was removed, but the need remained, these reputable businesses stepped away.  Unfortunately, that disdain led to less reputable manufacturers stepping in to raise prices while decreasing quality.  Also, mainstream retailers then stopped carrying vibrators, which led to the creation of the “undesirable” shops that became referred to as “sex stores” but were not what most of us would consider sexy at all.

That’s why Joannie Blank was such a disruptor.  She created a store that was welcoming and shame free, but given how hard that was in 2016 when I opened Darling Way, the fact that she did it in the 1970s is a feat of courage worthy of admiration. We all owe a huge debt to Joannie and all the women of the time who refused to embrace shame and slink away from pleasure.

Learn how to better love your partner, WHILE loving yourself, at Sexy Ed School! 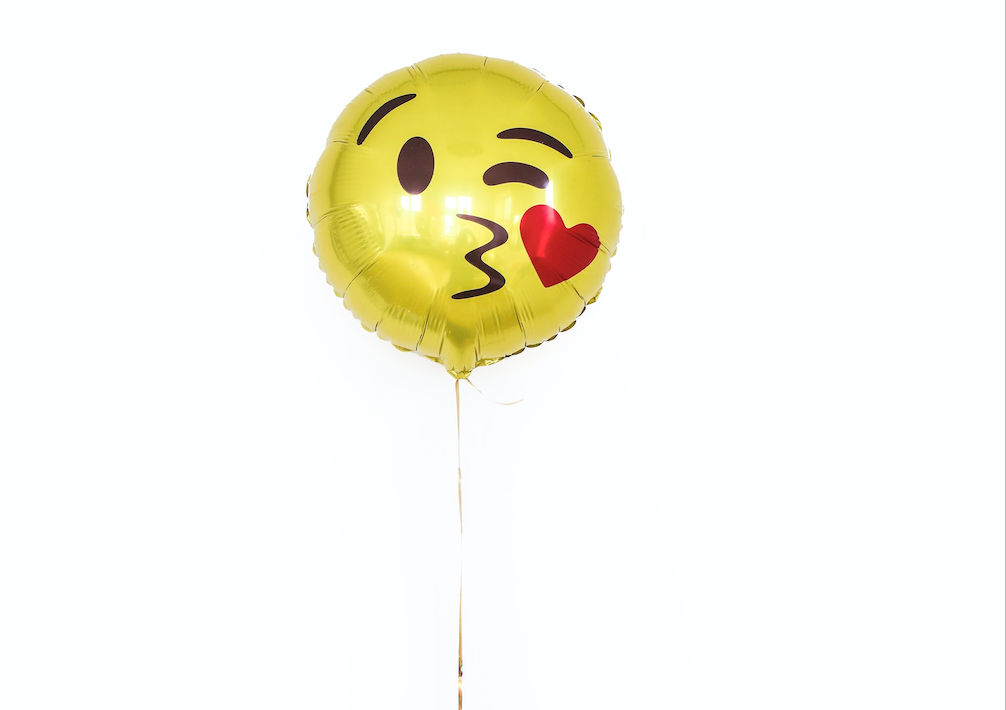